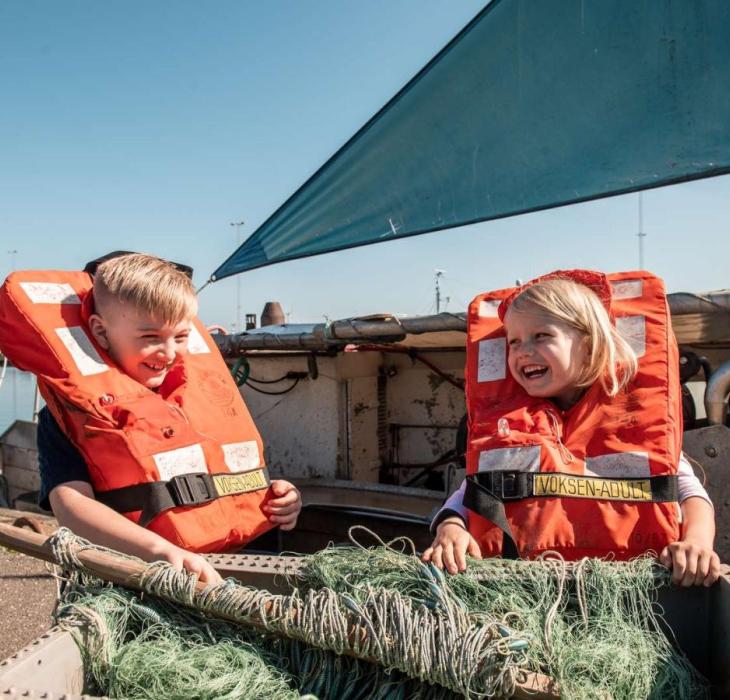 Get the best out of your visit

In Hanstholm are unfortunatelly no fine sandy beaches or scenic, old fishing huts. But make no mistake. Hanstholm has much to offer for you, if you are searching for the raw and unspoiled, are curious about the atmosphere at a lively fishing port or are historically interested. 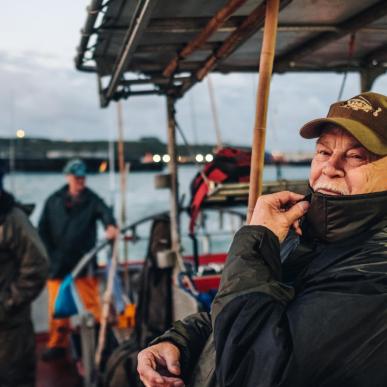 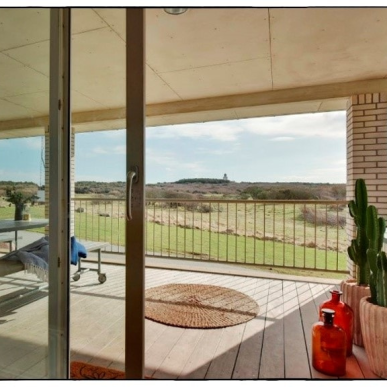 Northern Europes largest fortification, Denmarks biggest nature reserve, fish auctions - Hanstholm is filled with exciting experiences and there's definitely something for you too! See more below: 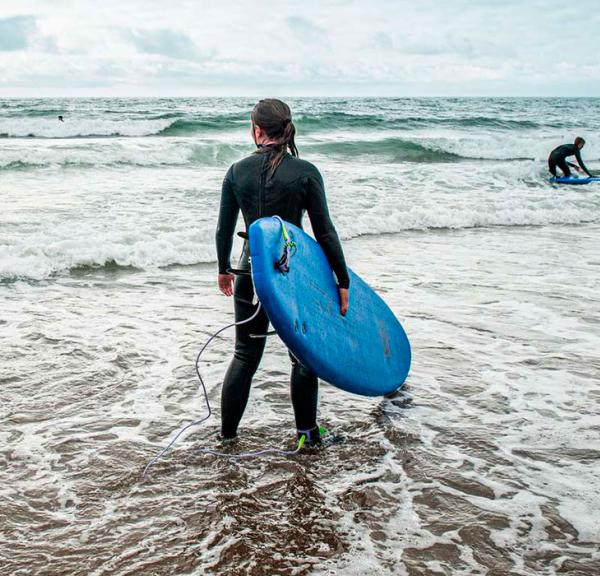 Surf on the Western sea

The capital of edible fish is a town of its own. Read more about why Hanstholm is one of our most popular destinations today, and get inspiration to your next visit.

Hanstholm is the capital of edible fish and that doesn't go unnoticeable. The port is a lively area which has its own busy and bustling daily routine within a setting of cries of seagulls, unloading of fish and shovelling of ice. Tourists are welcome at the port, that has its own fish restaurant Medvind, right beside the auction house. At the port you will also find the smokehouse Det Gamle Røgeri, which is known for their dish "Stjerneskud".

During the sommer months the early risers can get a look behind the scenes at the Port of Hanstholm with a local guide, when the fresh-landing fish fall under the hammer at the port's epicentre, the Hanstholm fish auction. On some days are there also harbour tours, wreck safari, family fishing tours and angling tours for the those with a strong stomach to The Yellow Reef! 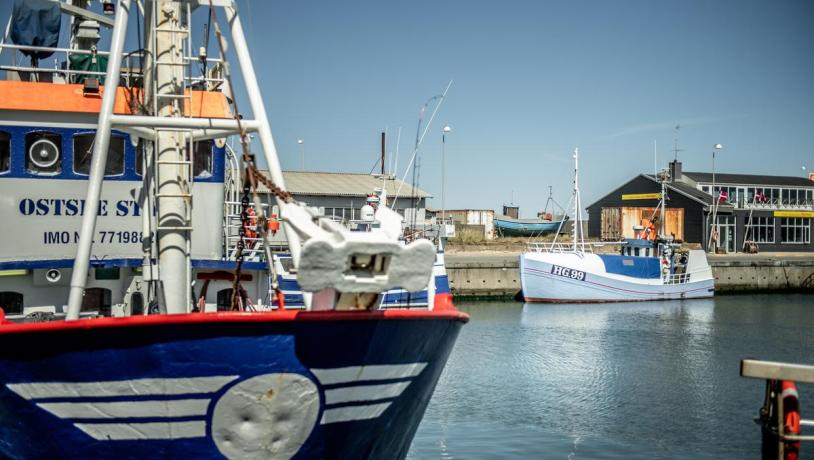 Traces of the war

Everywhere in Hanstholm you can see traces of World War II.

Hanstholm was a strategic outpost for the Germans and an important part of the fortification 'Atlantic Wall'. In the centre of the fortress were four big artillery batteries, where one of them is nowadays a part of the Bunker Museum Hanstholm - Denmarks largest museum of bunkers.

Ride with the ammunition train

Inside the fortress is a 4,3 km long narrow-gauge railway, that was used of the ammunition train. This train is still driving - now with tourists.
Furthermore, a part of the museum's history is, that is was the central setting for the shooting of the film 'Olsen Banden i Jylland' in 1971!

The remains of the fortress and the town houses are located on the hill Hanstholm Knuden, a solid limestone formation, that rises 40-65 metre above sea level. On top of it - with a view over the sea and the port is Hanstholm Madbar, which additionally to food and beverages also offers concerts and the possibility of a overnight stay. 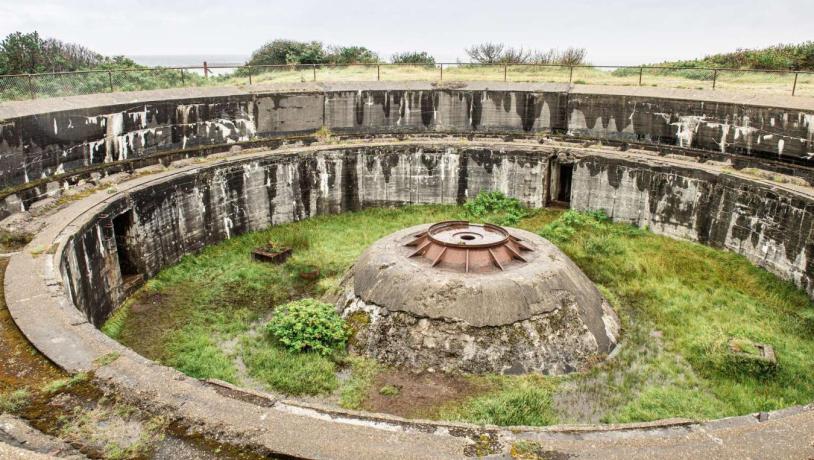 Hanstholm can even brag with their popular surfspot!

The popular surfspot is right under the three huge wind wheels at Roshage. This is the northernmost surfspot of the slightly above 30 spots, which are also known as Cold Hawaii. Cold Hawaii reaches from Hanstholm in the north to Agger Tange in the south, in which the most popular surfspots are located in Klitmøller and Vorupør.

If you are in Hanstholm, you should not miss out a visit at the Hanstholm Lighthouse, which is Denmarks first lighthouse with a lens and, for some time, the worlds most powerful!

The lighthouse was built in 1842 and the tower is publicly available. From the top of the lighthouse you will have a fantastic view over amongst others Hanstholm Nature Reserve in the south, which is a part of the National Park Thy.

The lighthouse complex is a protected building and after a great renovation, it provides the framework for shifting art exhibitions with focus on North Atlantic contemporary art. 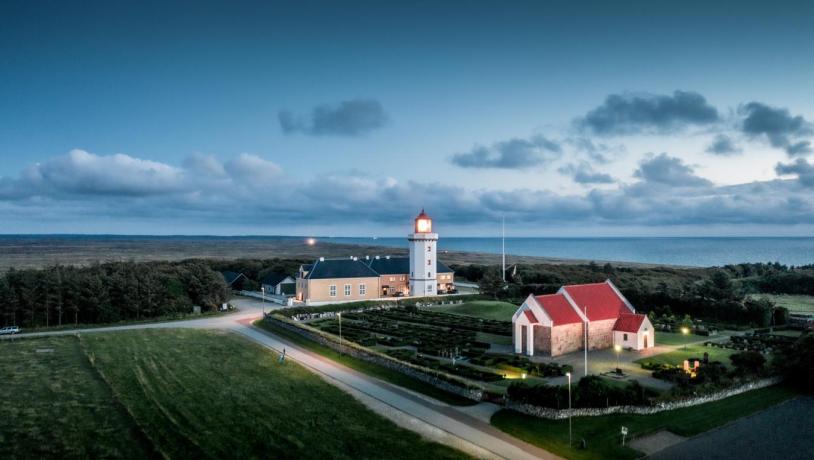