Lighthouses along the Northwest Coast

Since the Viking Age, shipping has been of great importance to Denmark, but flat coastlines and sandbanks made shipping traffic dangerous near the coasts of Denmark during the night.

From the middle of the last century, lighthouses were built as a warning for sailors as well as sea marks as navigation aid, to prevent the many sailing ships from sinking along the west coast.

If you did not already know Rubjerg Knude Lighthouse in Lønstrup, then it became almost world famous in 2019, as it was decided to move the heavy lighthouse 70 meter away from the coast, because after many years of severe storms the lighthouse was dangerously close to falling into the sea. On an autumn day and with a large rush of both the local population and the Danish as well as foreign media, the 30 meter high lighthouse was moved smoothly further inland and thus secured 10-20 more years in safety. The area around Rubjerg Knude is one of the most visited tourist places in Northern Jutland and it is a great experience to go upstairs and enjoy the amazing view over the coast and the sea.

The lighthouse is placed within the impressive wandering dune, which is at the highest point about 100 meter over the sea and consists of an approximately 40 meter layer of drifting sand. The wind looses sand grain from the dune and blows it over the edge, where it is deposited and causes the dune to grow. The nature has created a phenomenon that can only be experienced here.

In 2016, the lighthouse got renovated to create better conditions for the many visitors. A staircase was made, so that it is now possible to go up to the top of the lighthouse and enjoy the view. Moreover, an impressive kaleidoscope was produced, which rises all the way up through the lighthouse and gives beautiful reflections. 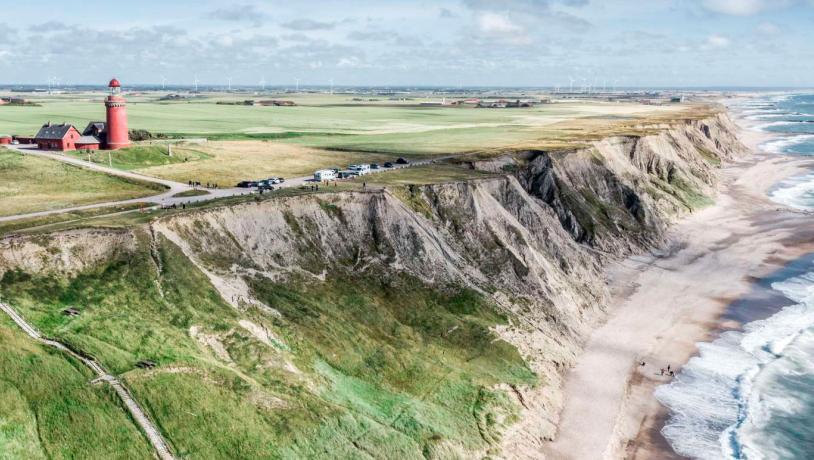 Another lighthouse at the edge of the North Sea is Bovbjerg Lighthouse in Lemvig. Since 1877, the lighthouse is located on Bovbjerg Cliff. From the top of the lighthouse you get a view over the sea, which extends 16 sea miles on days with good visibility. The lighthouse is 26 meter high and after taking the 93 steps up to the top, you will meet both a great view and mostly a strong breeze. The lighthouse was built as a warning that one had come too close to the Iron Coast (Jernkysten), to stem the many tragic naval accidents. The surrounding groynes were established to prevent the impact of the sea on the coast.

Nowadays, the lighthouse is a huge tourist attraction and gets visited by many tourists and functions as a cultural house, run by volunteers. In the lighthouse keeper's room, a cozy café is arranged and you can see new art exhibitions every month. 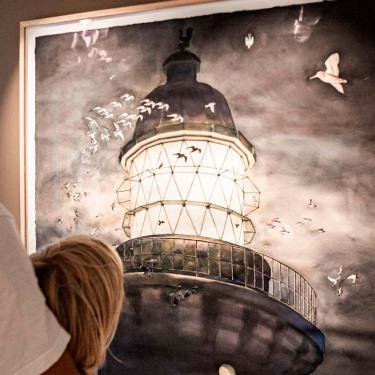 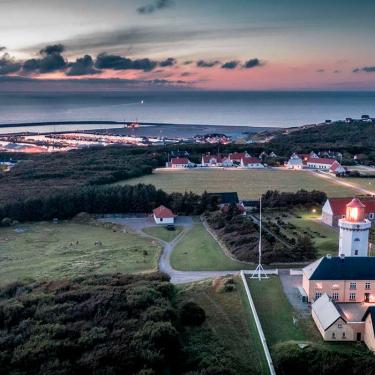 Lodbjerg Lighthouse is located in the Nationalpark Thy. From the 35 meter high lighthouse you get a great view over the rough landscape with dune plantations and dune heath. In nice weather there is a fantastic view, where you can look over the Limfjord to the south, far inlad to the east and unspoiled nature to the north. The lighthouse was built of granite blocks from Bohus in Sweden in 1833 and restored in 2019, and has nowaydays a beautiful exhibition about the history of the lighthouse. From the lighthouse, many hiking trails lead into the unspoiled nature in Thy in the dunes between Lodbjerg and Lyngby.

Rubjerg Knude Fyr is one of North Jutland's major tourist attractions. Right on the edge of the impressive Rubjerg Knude sand dune stands the lighthouse. From the top o... 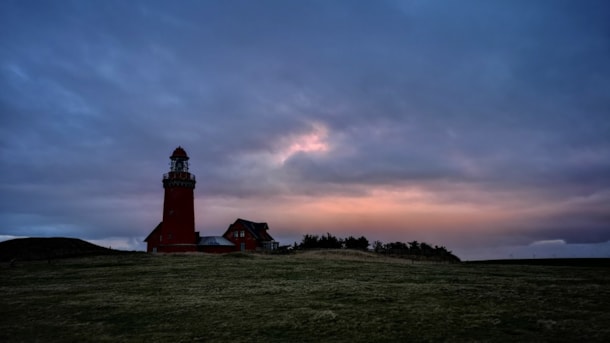 Bovbjerg Fyr today functions as a cultural center and is run by 160 volunteers who come up with crazy, fun and fun events, where the community is a major driver.

You can experience everything from cl... 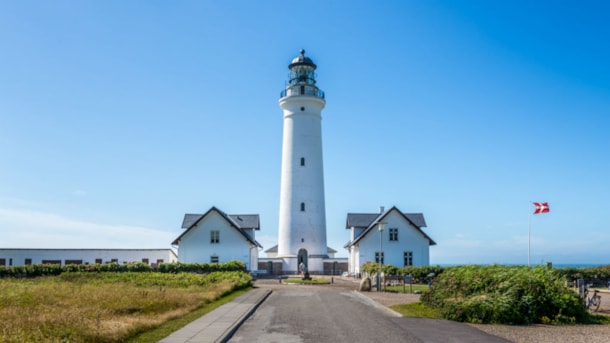 Lodbjerg Lighthouse in Thy National Park 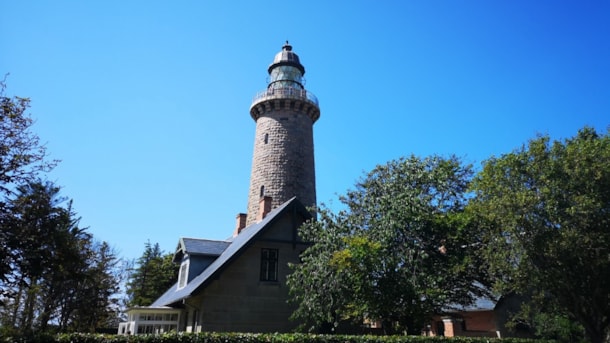 Lodbjerg Lighthouse in Thy National Park

In the centre of Denmark's largest wilderness - National Park Thy - lies Lodbjerg Lighthouse.

The lighthouse was built in 1883 of granite blocks from Bohus in Sweden and is located on a 13 meter high...

The North Atlantic Lighthouse in Hanstholm 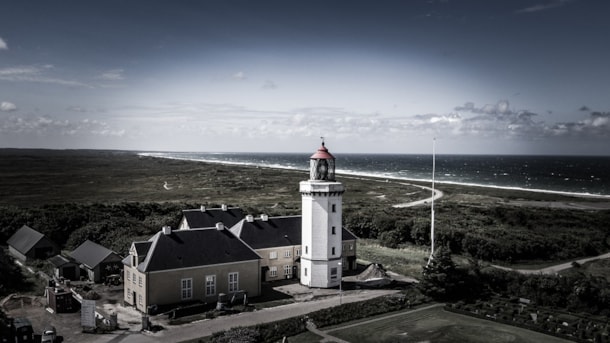 The North Atlantic Lighthouse in Hanstholm

The North Atlantic Lighthouse in Hanstholm - the meeting place between art and nature. The Hanstholm Lighthouse of the future works with art, nature and people.