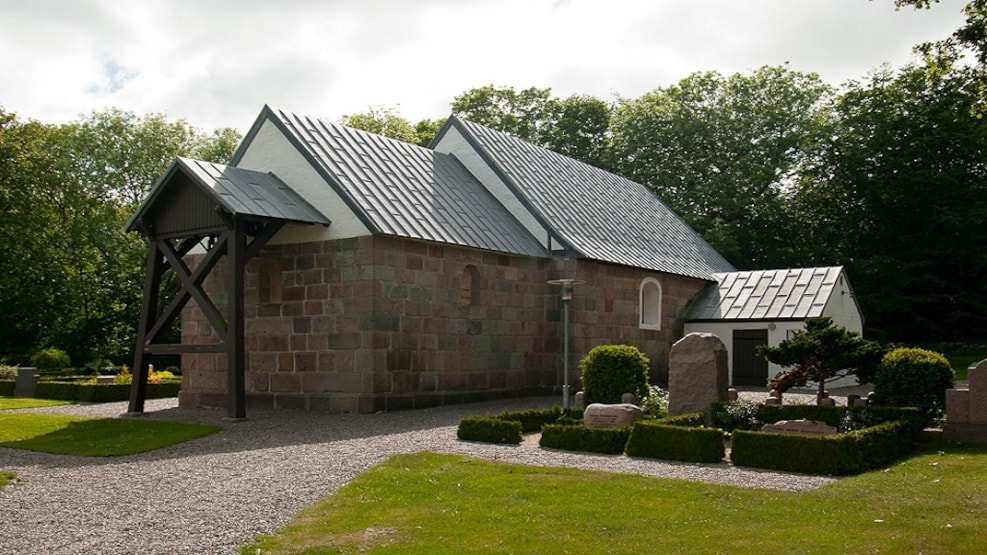 Visby Church was originally consecrated to John the Baptist.

The chancel arch has unequal profiled stone. The ceiling is beams and boards. Lock from the 18th century on front door.

The altar table is built of granite blocks. In the table top there is a saint's tomb.

The benches were renewed in 1932 with the old benches as a model.