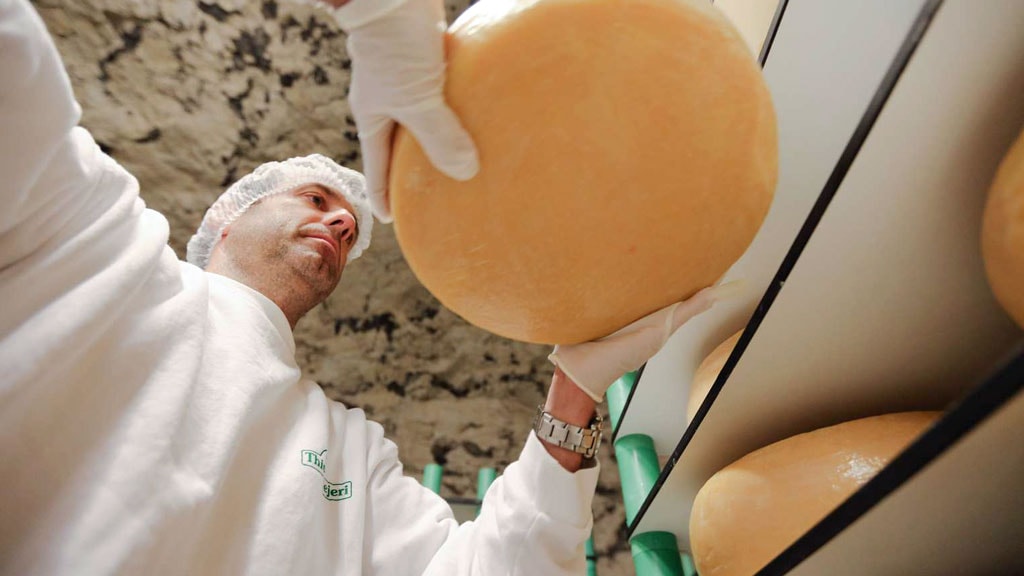 Far to the west - with Bovbjerg Lighthouse and the North Sea as the nearest neighbors - Thise Dairy has established a cheese warehouse.

The property is called Gammel Damsgård, and this is where Thise's North Sea cheese is stored.

The cheese is produced from milk supplied by seven farmers from Bovbjerg.

For 26 weeks, the cheese is stored in the salty sea air, which is blown into the cheese storage via an advanced ventilation system. This "new" type of cheese is miles away from what can be called "the Danish cheese tradition."

North Sea cheese tastes great, the cheese has an extremely delicate consistency - the cheese is filled with salt crystals, which makes it exciting to eat. In 2008, Thise's North Sea Cheese won the Dairy Farm's Gourmet Award 2008