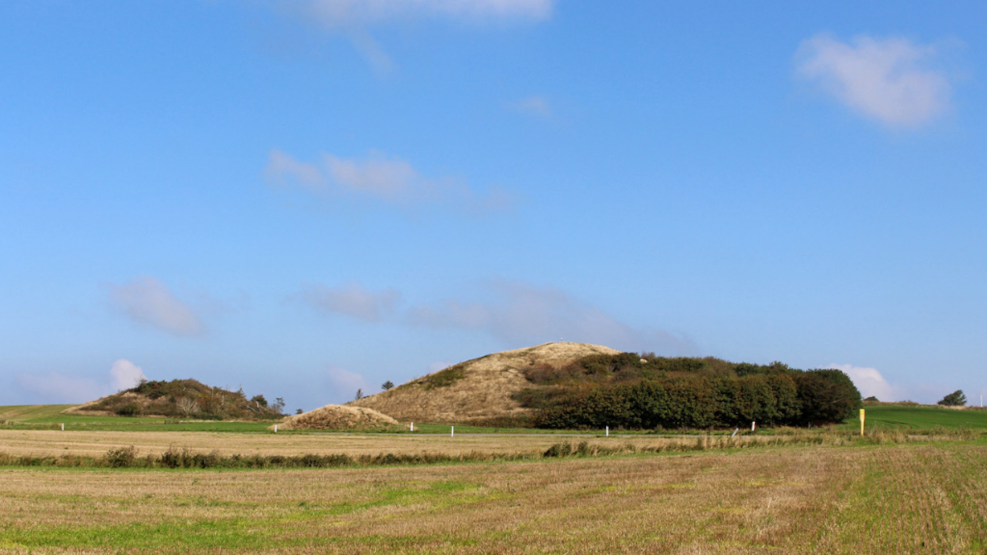 Once upon a time there was a great troll. He had heard that a lovely wizard lived on Thy. He wanted to visit her and therefore went to Nissum Broading. When he got to the ridge, despite his large size, he couldn't get over without getting wet stockings. It irritated him and he immediately turned around and went back to the Monastery. Here he would fetch sand to make an island so that he could get the dry shoe to Thy. Back then, the Monastery was not overgrown with trees like now, but was an open landscape with sandy soil and heather. Here he filled his big mitten with sand. On the way back, it happened that his habit was rolling up. First the thumb and sand in it became what we today call the tumbler. The rest of the mud rolled up, and the sand turned into Råbjerg. In remorse, the wizard abandoned his project, and so he never reached Thy.

The ice lay thick and heavy over the land, but on the surface of the ice some depressions formed. The melting water flowed from the ice into these holes. Large amounts of gravel and sand gathered here. When the ice later melted, the precipitate remained and formed Råbjerg, a so-called hat tray.