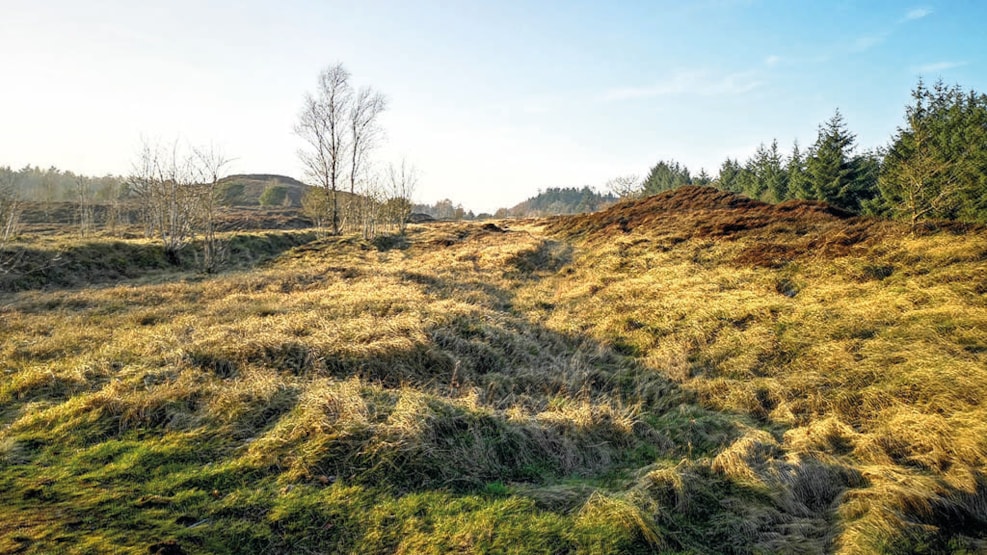 At the rest stop there is an information board that tells about single graves and the use of burial mounds. At the mounds there is also a milestone from the 1780s. The stone dates from the time when Denmark was surveyed, and a milestone of wood was set up every half mile. The poles were subsequently replaced with stone. On the information board you can read more about Ole Rømer, who was the man behind the survey.

A roughly chopped granite milestone and wheel tracks in the heath tell that there has been a main road wound here as well. One of the wider road tracks can be traced back to the straight road from Holstebro to Lemvig, which was probably constructed in the year 1600. This is the road that is today known as Gl. Landevej, and goes through Klosterhede Plantation.