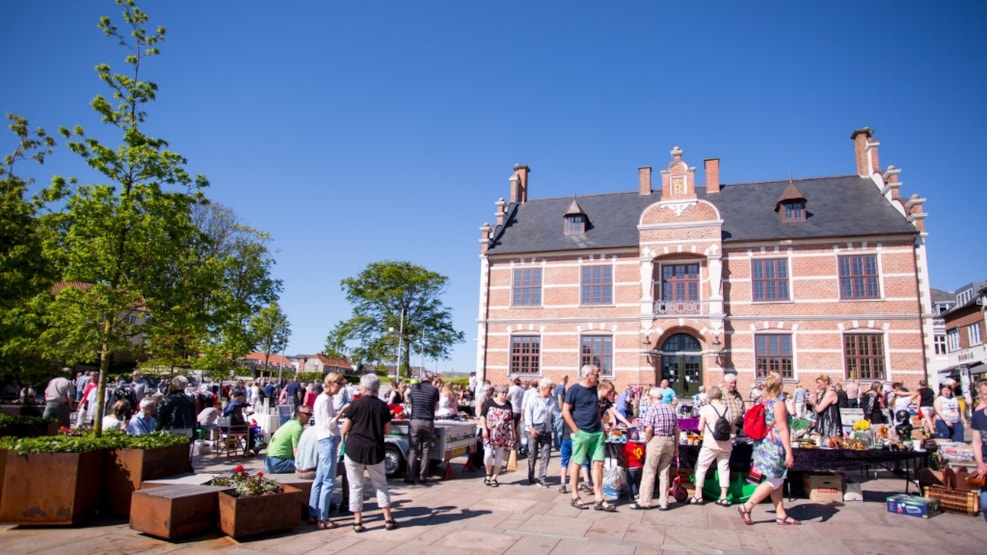 Thisted is full of experiences and good shops.

Thisted town is a world-class shopping experience in a town that is, among other things, the area's leader in fashion, specialty shops and groceries. It is also the city with the many exciting restaurants and cultural experiences.

Therefore, Købstaden Thisted is also the cultural and commercial meeting point in Thy and the surrounding area.

With the city's old Romanesque church and the city's square, Store Torv, as a natural gathering point, you will find the city's shops within walking distance. In the middle of it all finds with the J. P. Jacobsen Center, which houses a large number of clothing stores as well as grocery stores. And with ample opportunity to park right in the middle of the city.

Thisted is the perfect combination of two worlds; the city has the selection that matches the largest cities in Denmark - and the charm that is associated with smaller cities and historic market towns.

Thisted has a number of exciting eateries with something for everyone. At Restaurant Bryggen you will find the gourmet experience at Thy prices, while Café Baghuset is the city's popular brunch and lunch place right in the middle of the pedestrian street. Hotel Thisted serves a wonderful breakfast or dinner in the restaurant. Café Amalie on Store Torv brings the market atmosphere all the way to your table. At Café Salto you can sit right down at the water's edge on the harbor and enjoy the view over the entrance to Thisted Harbor. Thisted has something for the whole family - from pizza and fast food to gourmet.

If the thirst is to be quenched, it is done in beer from the city's award-winning Thisted Brewery. Beer has been brewed here since 1902 and can be enjoyed all over Thy. This year it is 25 years since the brewery - as the first in Denmark - introduced organic beer: Organic Thy Pilsner.

In Thisted there is always ice weather. Not least because the city is home to Denmark's largest ice cream parlor - Premier Ice Cream. Not to forget Ismejeriet Thy, which produces plant-based ice cream for the Danes and is the first of its kind in the country.