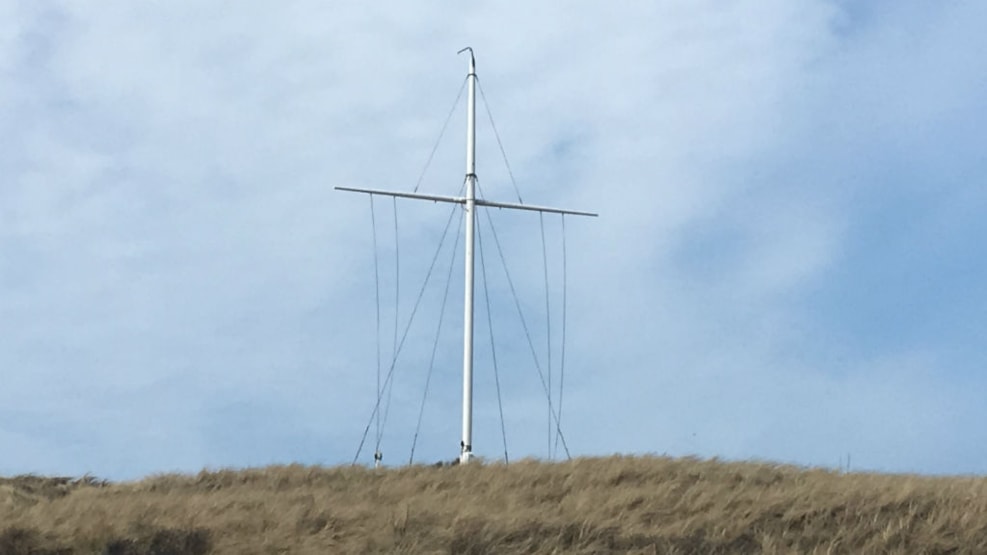 The signal mast in Lønstrup is a landmark and in its time was intended to warn fishermen at sea about inclement weather.

The Signal Post in Lønstrup was earlier one amongst many posts along the Jutlandic Westcoast. The posts had the purpose of warning the fishermen out at the Sea that a storm was coming and the surf at the landing place was too powerful.

When there was a basket lifted in the post it meant that the storm was getting worse and it could be dangerous near the landing. If there were two baskets in the post it warned the fishermen that they should stay outside the bar and wait for the lifeboat to arrive. In the row lifeboat period before 1927 it also meant that the emergency workers should gather at the rescue house. When the third basket was lifted, the fishermen knew that the lifeboat was on its way.

In the 1970’s the ministry of fisheries a removal of the coast’s signal posts. In Lønstrup the tourist union was allowed to keep the signal post as a symbol of the town.

The signal post in Lønstrup is 15-meter-tall and has several times been a victim of lightning strikes.