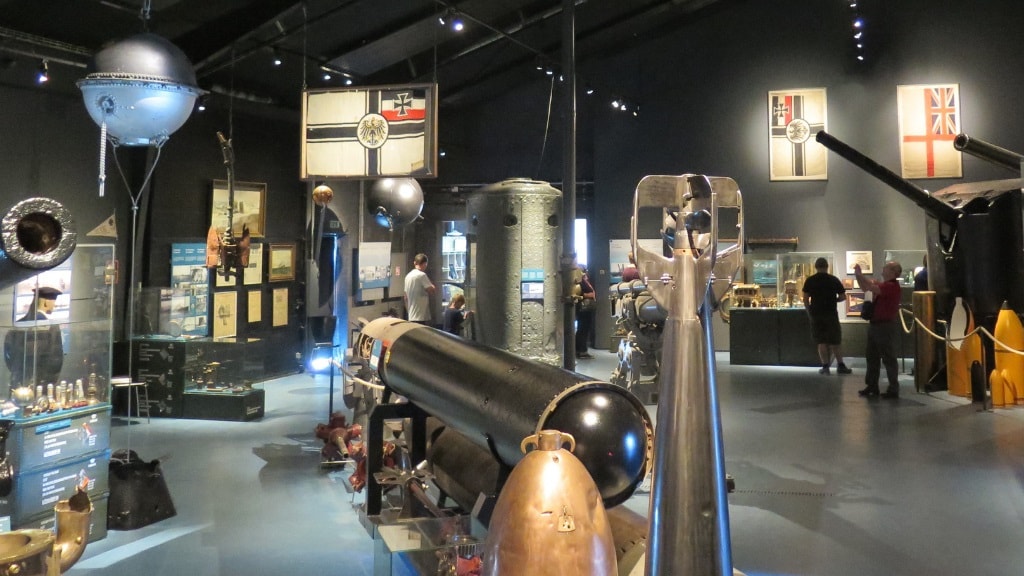 Sea War Museum Jutland in Thyborøn tells the story of the naval war in the North Sea during the First World War with emphasis on the largest naval battle in world history - the Battle of Jutland, which took place off the west coast of Jutland in 1916.

The Sea War Museum conveys the story of the naval war in the North Sea during the First World War, with the main emphasis on the "Battle of Jutland", the largest naval battle in world history.

The museum has the world's largest collection of German naval cannons from the First World War and also has thousands of original objects retrieved from the wrecks of the North Sea.

At the museum you can experience the fantastic technological development that war also brings, and you can see submarine towers, large cannons, torpedoes and mines that were used in the battle on, under and over the water off the west coast of Jutland.

As part of the exhibition, personal objects donated by bereaved families are included, objects whose background helps to give the harsh stories a personal and human angle.

In a special exhibition, the museum shows how, through annual diving expeditions at sea, it researches and retrieves new knowledge from the wrecks on the seabed before it is too late. The wrecks are under constant degradation and it is only a matter of time before they disappear completely.

Outside the museum and in the museum courtyard, cannons, torpedoes and mines as well as wreckage collected from the sea have been set up. The memorial park for the Battle of Jutland can be inspected in the dune just west of the museum.

The Sea War Museum is suitable as a place to visit for bus groups by prior arrangement.

For groups by appointment.

The Sea War Museum has very good wheelchair access. Wheelchairs / walkers can be borrowed at the museum by contacting the staff.

There are disabled toilets when contacting the staff.

People with a companion card can bring a helper / companion for free.

Parking by the tile ramp at the museum entrance is allowed for wheelchair users and people with walking difficulties.