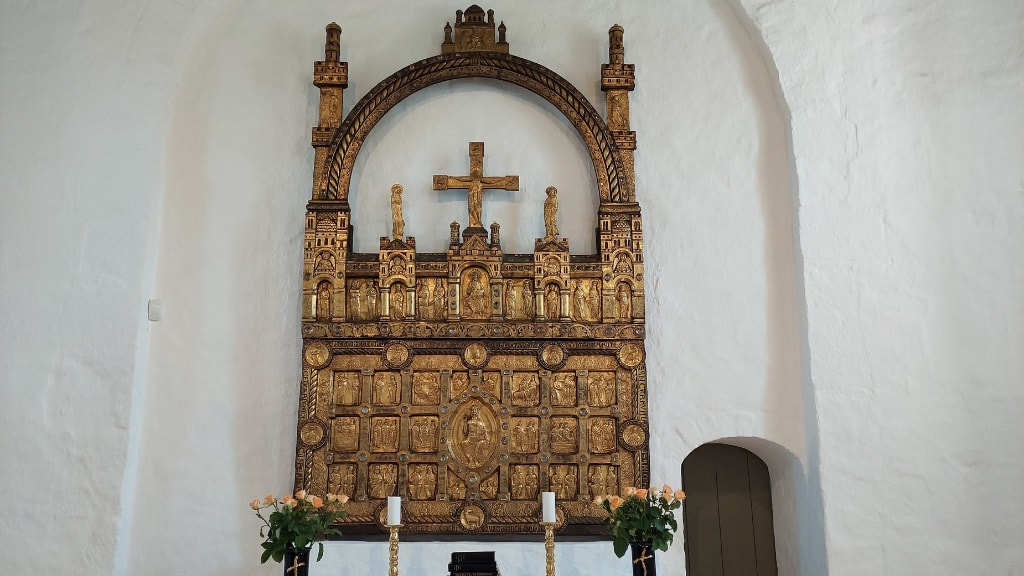 Sahl Church is known for its golden altar, and it is the oldest gold altar in Denmark still in its original church.

The church was built around 1150 and is an impressive Middle Age Church built from ashlar with approx. 225 seats.

Previously it was regarded as the parish church in the Ginding Herred district.

The wood in the altar originates from western Denmark, and Danish craftsmen have performed the work.

The altar was made from gilded copperplate with motifs from the life of Christ.

87 perceived clear mountain crystals have had parchment or textile mounted behind them, where others in the curved upper part of the altar have illuminated the church room as a stary sky.

Only seven churches in Denmark have had a golden altar.