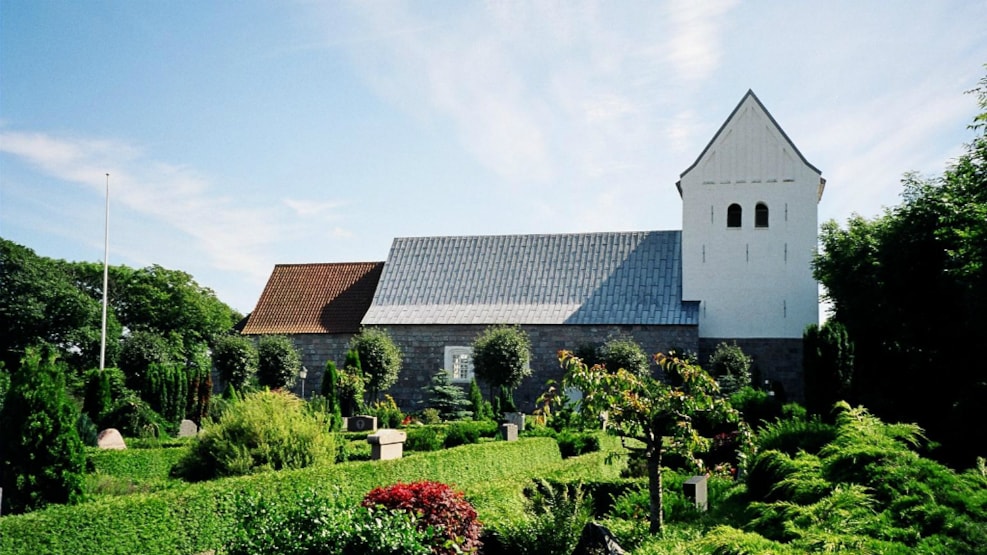 The size of Rome Church is related to the fact that the church has been a parish church.

Rom Church is built on the inside of smooth-hewn squares. To the right of the front door, a male person's face is also seen in high relief.

The church bell from the 13th century is a rarity, as is the altar silver and the candlesticks.

Beautifully carved altarpiece from around 1500.

Outside there is a burial mound, which contrary to custom lies within the cemetery dike.

In the period 1946-48, German refugees from the Rom camp were buried in Rom Cemetery.

In 1965-66, the German refugee graves at Rom Cemetery were transferred to the German Cemetery at Grove Church.