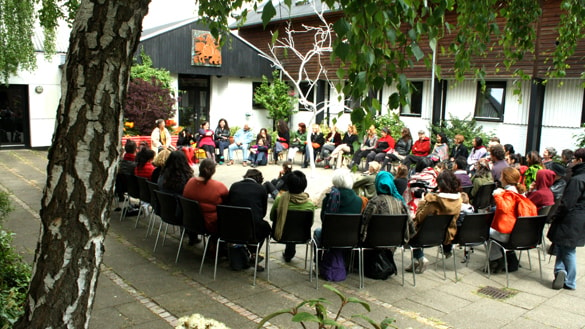 Odin Teatret was founded in Oslo in 1964 when Eugenio Barba, after studies at Jerzy Gotowski, together with a group of actors to be began developing training for actors. After their first production Ornitofilene, the Odin Teatret established Nordisk Teaterlaboratorium in Holstebro 1966, invited by the Town Council.

Thru the years, the Odin Teatret has toured Europe, Asia, the Middle East, South- and North America, and the experiences have been fundamental to the work and the philosophy of the group.

The Odin Teatret is subsidized by Holstebro municipality and Scenekunstudvalget.