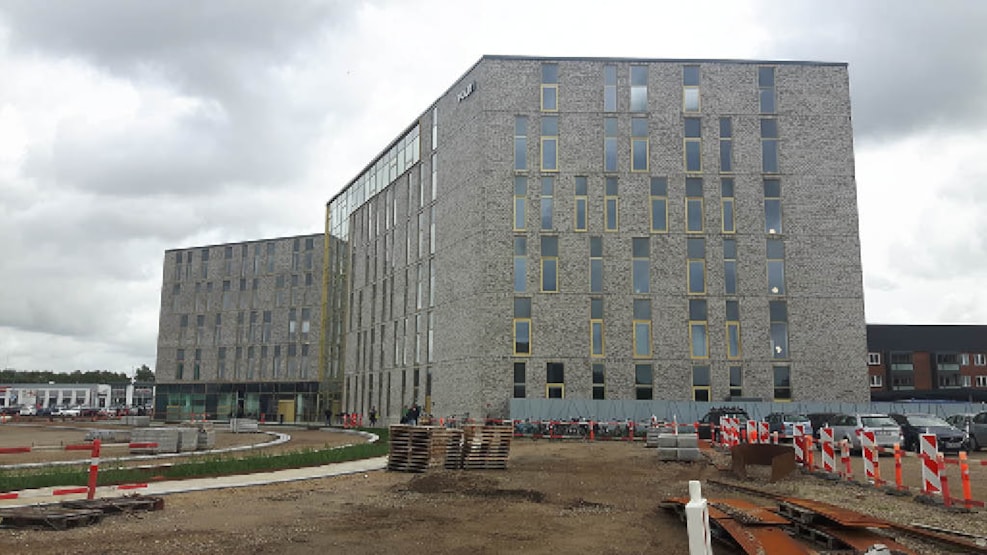 The new headquarters of Mid and West Jutland Police in Holstebro was opened in April 2016 and is home to the 7 previously independent police districts: Ringkøbing, Herning, Skive, Thisted, Viborg, Silkeborg and Holstebro, a long with the prosecution.

The project team behind the building consists of A. Enggaard, Cowi og FRIIS & MOLTKE.

The team has approached the task with an ambition of creating a modern police station, that signals openness for the towns citizens, and at the same time create an ideal environment for the daily tasks of the police. The main idea for the project was to create a dynamic building in a clear defined architectural expression, that both contrast and collaborate with the surroundings.