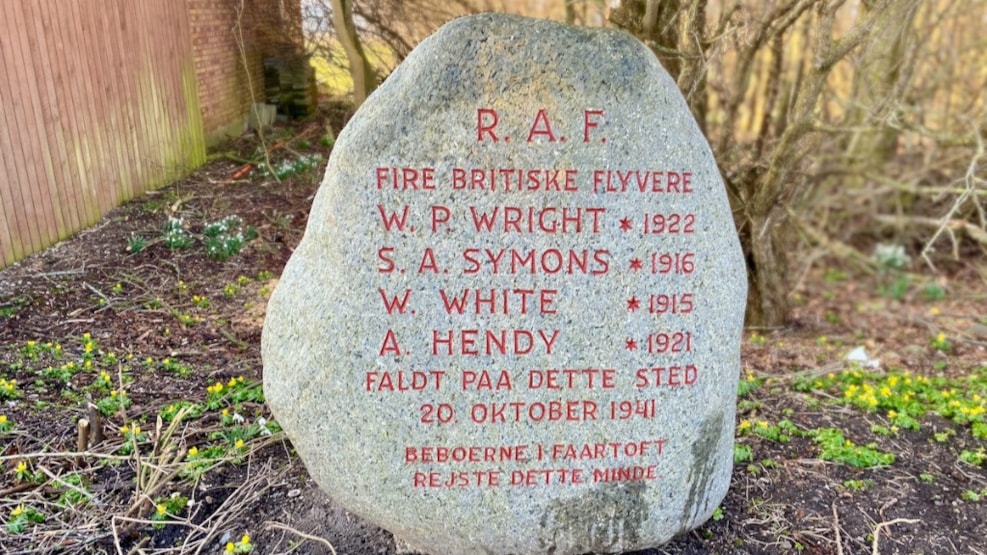 Memorial stone for 4 English airmen who died at Faartoft after an attack on the German sea air base in Dragsbæk (the current emergency center) during World War II on October 20, 1941.

Inscription on the stone:

The residents of Faartoft raised this memory.