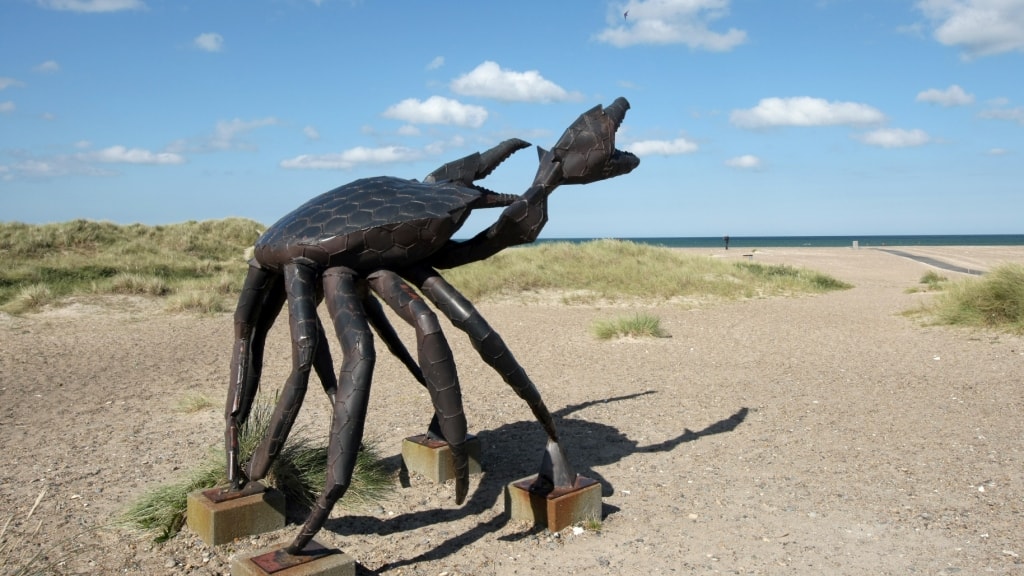 Krabben (“The Crab”) at Slettestrand started as a fun project, which has now become a landmark on the beach.

Krabben is a 2.5 meter high, black iron sculpture of a crab in attack position. It was set up at April the 4th in 1981 by Erik Nielsen, a jack of all trades from Frederikshavn.