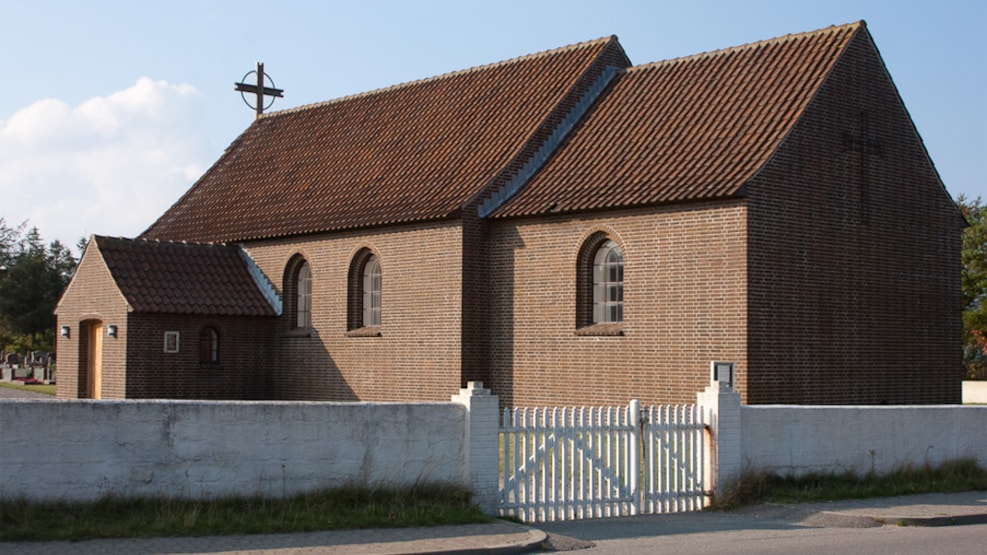 Klitmøller Church was built in 1872 and was then a district church in Vester Vandet parish.

Originally it was built of red brick and had ridges and slate roofs. The church got its current appearance with brown bricks during a major restoration in 1966-67.

The picture in the altarpiece is painted by Queen Louise, wife of Christian IX. Built in period-typical neo-Gothic.

The church bell hangs in a timbered bell tower southwest of the church.

The cemetery dramatically reflects the living conditions by the sea