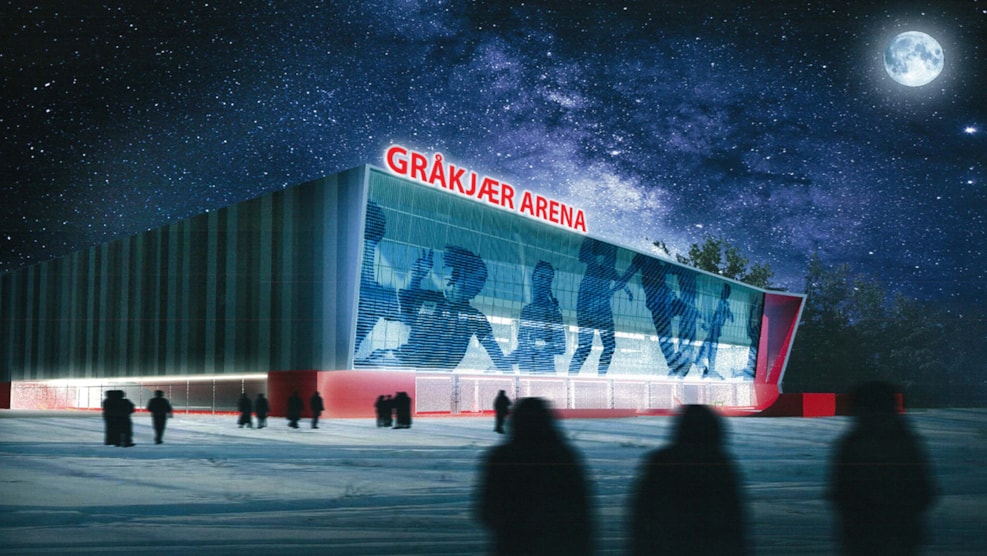 Gråkjær Arena lies central in Holstebro, and is an impresseve modern arena, which amongst others are used as home ground for the handball team 'Team Tvis-Holstebro'.

The largest source of inspiration for Gråkjær Arena, was nothing less than the world famous Colosseum in Rome. Despite the difference in size between the two arenas, building Gråkjær Arena would have been a monolithic undertaking for the roman builders. The arena is made of 8.000 metric tons of concrete, where pre-cast blocks account for 5.000 of these tons. Eventhough modern tecnique was used building the arena, this is still a large amount of concrete, as the remaining 3.000 metric tons of concrete takes 200 concrete trucks to transport in. Furthermore 4.000 square metre of steel armouring has been cast into the concrete - an area four times larger than the arena floor.