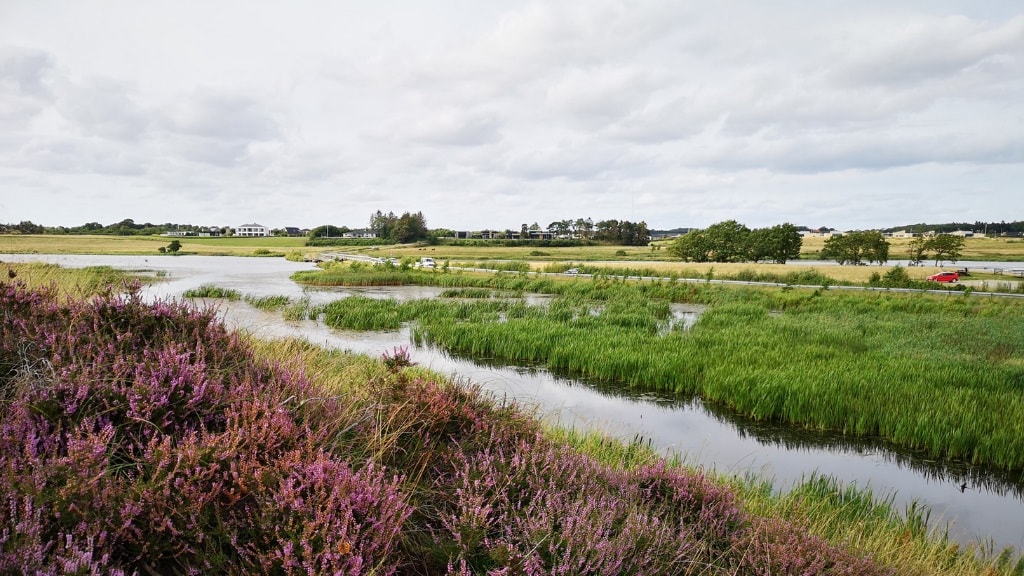 The nature around Elkjærstien is characterized by Storå, Tvis Å and Vandkraftsøen. On the Southern side of Storå the trail follow the high, steep slopes along Ådalen, with dense growth of bushes and old trees that create a roof over the trail.

Where Tvis Å runs out to Storå you will find a canoe-yard where a mud toilet has been erected. Read more about canoe rental on Storå and Vandkraftsøen.

The Cistercian monks settled, where Tvis Å divides into two and forms a small island "Klosterøen" between Tvis Å and Klosterarmen. The small island is surrounded by steep slopes, and the monks therefore gave the monastery the Latin name "Tuta Vallis", which means "The safe valley". Today, the name lives on in the scout camp north of the monastery island called Tuta Vallis.

Tvis Monastery was founded in 1163 by the great man Buris Henriksen, who transferred large areas to the ciscerci order. The monastery functioned until the Reformation in 1536, when the monks were expelled from King Christian the 3rd. Most of the monastery was demolished in 1698.