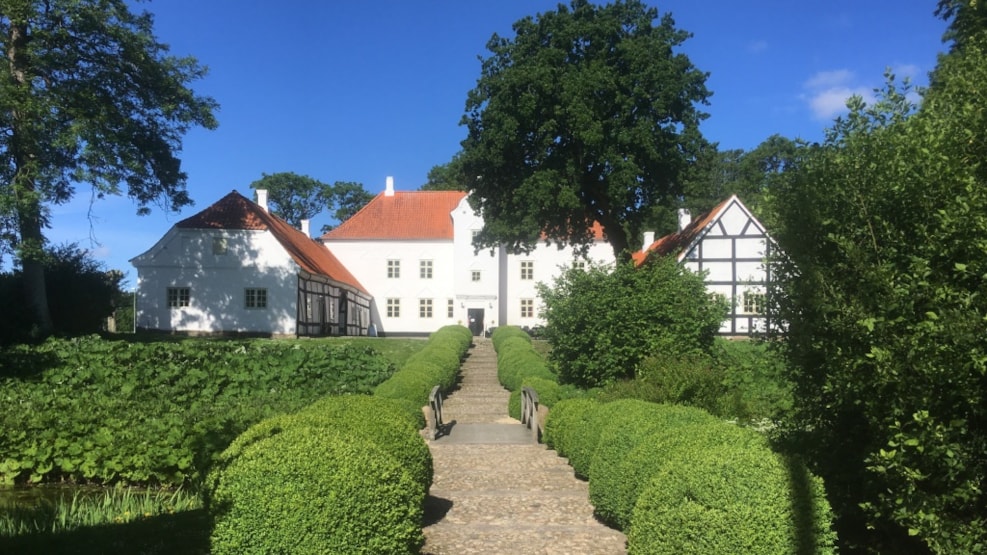 Bratskov is a typical North Jutland manor house. The story goes back to the period when Valdemar Sejr was king of Denmark. The basement is from 1550. Bratskov consists of a main building and two side wings, which have been added later.

Bratskov is a typical Northern Jutlandic manor. History dates back to the period, when Valdemar Sejr was King of Denmark. The cellar dates back to 1550. Bratskov consists of a main building and 2 side wings, which have been added later.

In 1976 the local authorities at Brovst  bought Bratskov with the intention of securing the property for the citizens and visitors in the municipality.

Today the banqueting Hall of Bratskov creates a festive and special framework for civil marriages. The manor is now used i.a. as tourist agency during the summer season and for various exhibitions, concerts and meetings.

It is worthy of note that today Bratskov is the cltural centre for the Bay, and it is used for a lot of different events. That is why Bratskov may be closed for public access at cetain hours or days. You may have further information from VisitJammerbugten.

“Vitalizing the Manor of Bratskov”, every Thursday at 10 a.m. - 01 p.m. See www.visitjammerbugten.dk, too.