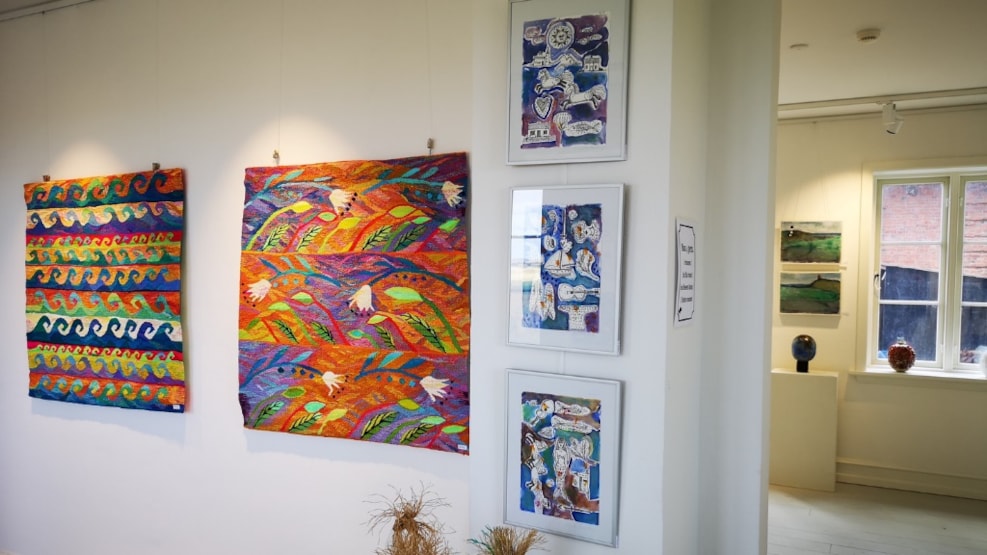 The lighthouse at Bovbjerg, on the edge of the North Sea, is today a culture house.

Bovbjerg Lighthouse is run by about 160 volunteers.

The lighthouse has been here since 1877. The tower has 93 steps up to the lantern and a blast of a view of the roaring North Sea.

In the lighthouse keeper's garden, children and adults can go exploring. Every month you can see new art exhibitions.

Cultural-historical attraction with art and culture

In the lighthouse keeper's old living rooms you will also find a really cozy café where you can enjoy your lunch or afternoon coffee. The kitchen regularly arranges a vernissage brunch and communal dining, which is always well attended, as the lighthouse's café has a really good reputation among the locals.

The artist life around Bovbjerg in the first half of the 20th century with, among others, Jens Søndergaard is an interesting story to dive into. Visit the Jens Søndergaard Museum in Ferring and let yourself be immersed in his sea pictures and other motifs from the area.

The geology around Bovbjerg Lighthouse is an exciting story about the enormous forces of nature many thousands of years ago. The impressive Bovbjerg Cliff shows traces of the Elster, Saale and Weichsel ice ages.

The hips also have a history. They became the end of a time when the North Sea greedily ate of the land. Around the same time, the lighthouse became an important weapon in the fight to stem the "Iron Coast"'s many shipwrecks.
the cliff is steep