Bulbjerg is Jutland's only cliff, which is 47 meters above sea level and is also called for "The Shoulder of Jutland". Besides providing an amazing view over the North Sea, the limestone cliff is also the home to many different bird species.

Bulbjerg is the only cliff in Denmark and the area is often referred to as the shoulder of Jutland (due to how it looks on a map). Besides bird cliffs on the island of Bornholm, this cliff is also the only bird cliff on the mainland of Denmark. If the weather is clear you will have a view of Rubjerg Knude Lighthouse and Hanstholm from the top of the cliff.

Besides giving an amazing view of the North Sea, the limestone cliff is home to many different bird species, including kittiwakes, common puffins and northern fulmars.

Bulbjerg is constantly exposed to erosion by the violent waves of the North Sea, which engulfs large pieces of limestone and spreads it out onto the shores next to Bulbjerg. 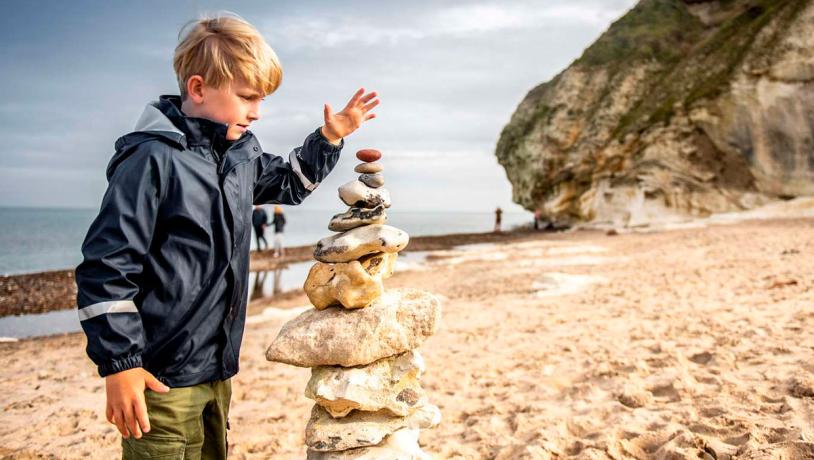 Originally, Bulbjerg was an island surrounded by the ocean, which covered large parts of Thy, and in the Viking Ages, the rock was used as a point of orientation, which showed where the entrance to the North Sea was. At the time, the Vikings sailed from Aggersborg up the Limfjord towards Vust and finally Bulbjerg, but in the 12th century, this route was buried by sand and made the Limfjord a fjord.

In the year of 1907, a beach hotel was also built near Bulbjerg. But the Germans occupied it and built a radio and radar station. They then chose to blow the beach hotel up when the Second World War ended, since it could be used as a point of orientation from the sea.

The bunker is designed as a free small museum and is open during the day. Here you can read about Bulbjerg's geology, the bird mountain, the occupation period and the cultural history.

More experiences on the Northwest Coast