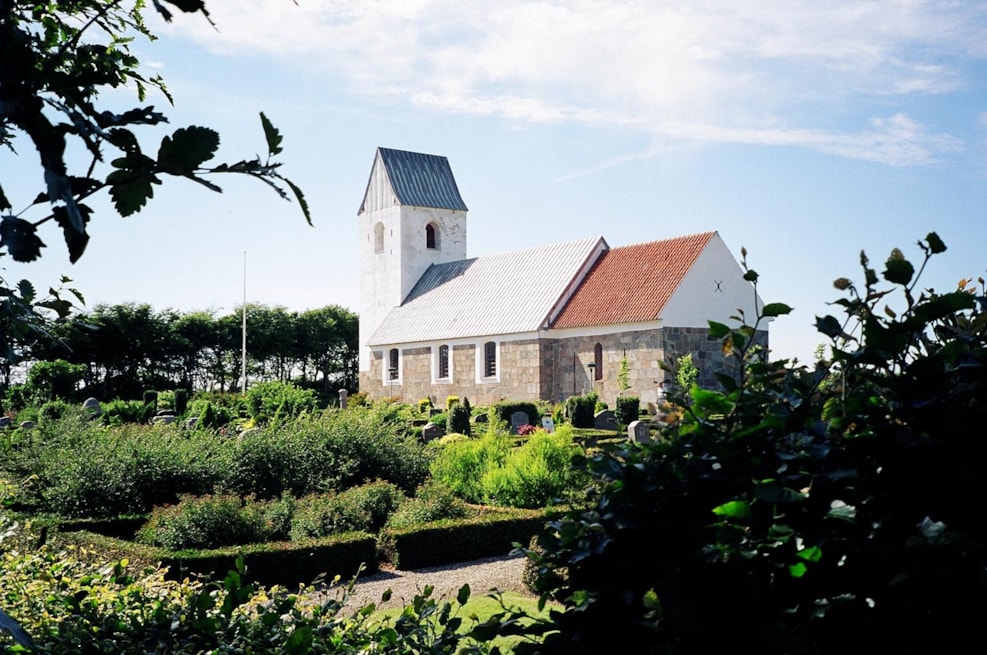 The village church Lomborg Church near Lemvig consists of a Romanesque choir and a nave of granite blocks from around 1350.

On the north wall of Lomborg Church - with its original Romanesque appearance - hangs a large crucifix, a so-called lay cross from around the 14th century. It has presumably been used in Catholic times when "carrying Christ" in procession.

The pulpit is from the beginning of the 16th century.

The church tower is a later extension from the 15th century.