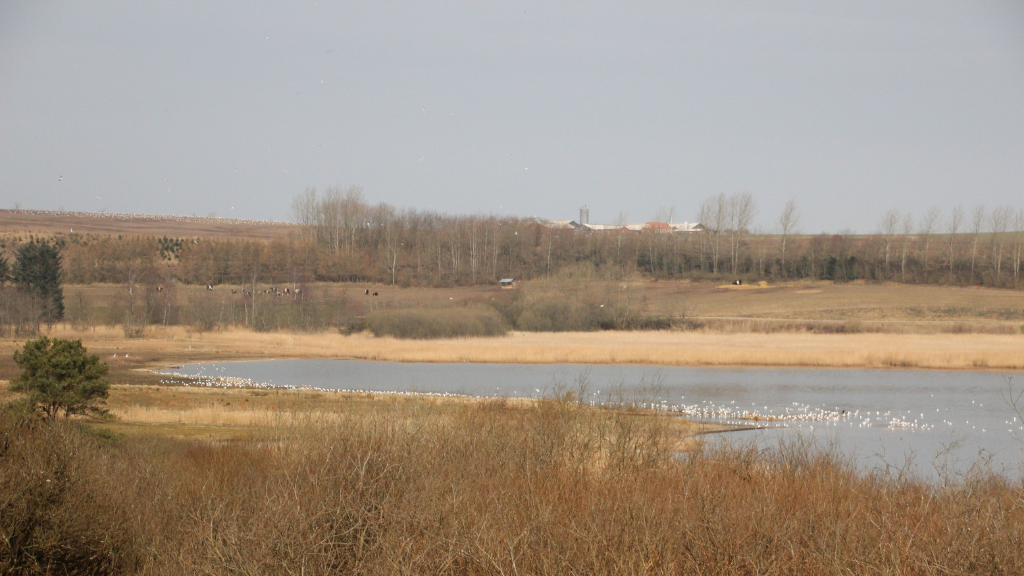 From Kjærgaard Mølle you have a beautiful view down through the subglacial stream trench Kilen, with its lightly curved path towards Venø Bay. The wedge reaches its peak 50 meters above sea level in a place where two large glacial arches have met, and the ice's main line of stroke strikes a 90o crack. You can read more about tunnel valleys under Stubbergård Sø.

The wedge and the areas around it contain a rich and adventurous nature. In this area you can get close and experience the clear influence of the ice on the geology of the area. In 1976, 584 hectares around the brackish lake were protected. Today it attempts to promote the area's natural content by, among other things, grazing the slopes by means of goats. If you park at Naturskolen you can follow the marked path along the Kilen. If you continue out of Kjærgårdsmøllevej and turn over the heath, you can experience Fousing meltwater valley.

The area has been a hub for the Trail of Ancient Times. Several places are traces of the old roadways, which can be seen in the form of wheel tracks and hollow roads. Traces of settlements from Young Stone Age and burial mounds from both Stone and Bronze Age have also been found.

Kjærgaard Møllen was originally one of seven water mills belonging to Stubber Monastery until 1547. In the middle of the 18th century, the mill came into common ownership among local farmers, and at the end of the 19th century there was associated grocery store, forge and bakery. The mill building burned in 1913. In 1856, the road and railway dam was constructed, which cut off the Kilen from Venø Bay.

See all in this area